The government today produced its new Energy Security Strategy, aimed at reducing dependence on imported oil and gas while contributing to the existing Net Zero strategy.

The strategy is set against a background of sharply rising global gas prices, especially following to the Russian invasion of Ukraine. It concentrates on security of supply of energy, given that the government says it is already addressing energy efficiency and decarbonisation through other strategies.

There are ambitions to increase nuclear’s share of the UK energy mix from 15% to 25% by 2050, representing 24 GWe of nuclear capacity. The aim is to bring one project (Sizewell C) to Final Investment Decision (FID) this Parliament, and at least another two FIDs next Parliament. Development of Small Modular Reactors and Advanced Modular Reactors will be accelerated to help reach the 24 GWe target.

A Great British Nuclear Vehicle will be established this year to help projects through all stages of development. Government is starting to work with industry to scope the functions for this new body. There will be funding to get projects ready for investment decisions, and Government will consider its future approach to public funding for new projects. There is no detail as to whether this would mean a shift from the current approach.

There will be a long-term siting strategy to explore sites beyond the current eight approved nuclear sites. Government will work with the regulator on the potential to streamline approvals.

A new Future System Operator organisation will be established to oversee the UK energy system and the transition to the new ambitions. Besides nuclear, there are measures to increase significantly the capacity for renewables, mainly through investment and systemic changes for onshore and offshore wind. There are also measures to improve uptake of solar generation, and usage of hydrogen for energy storage and distribution. There will be new licensing to maximise the use of North Sea Oil & Gas, while the government remains “open minded” about the current ban on fracking.

Corhyn Parr, CEO of Nuclear Waste Services and Chair of the NSSG, commented: 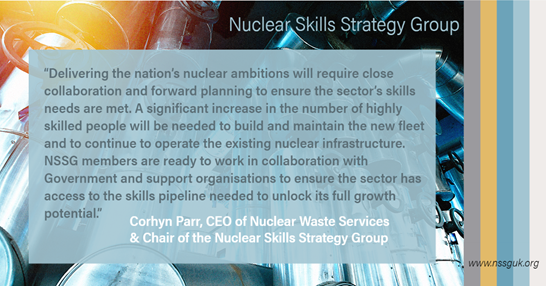 The full document can be viewed here 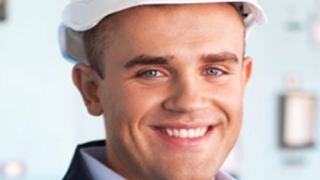 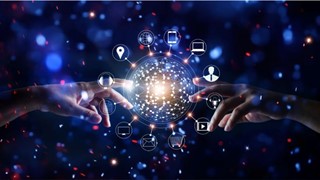 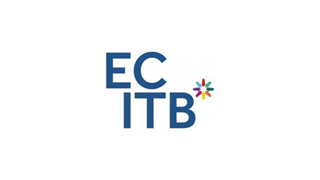