The UK nuclear industry came together to celebrate excellence in skills for nuclear at the 14th annual UK Nuclear Skills Awards on the 31st March 2022. The evening, organised by NSAN and Cogent Skills, celebrates the success and achievement of individuals and companies, shining a spotlight on the talent that exists within the sector.

Held at the iconic Kimpton Clocktower hotel in Manchester, the evening was hosted by TV presenter Chris Hollins.

The main supporter for the evening was the Nuclear Decommissioning Authority (NDA). The NDA’s Chief Executive Officer for Nuclear Waste Services, Corhyn Parr, officially welcomed representatives from industry, government, and training providers to the Skills Awards.

The top award of the evening was the eagerly anticipated UK Nuclear Apprentice of the Year selected from all the apprentice category winners.  This award was won by Kerry Jackson from the National Nuclear Laboratory. Kerry completed a Scientific Apprenticeship and currently works in Separations Science & Special Nuclear Materials.  This award category was supported by Westinghouse Springfields.

Taking the title of Intermediate Apprentice of the Year was Megan Robertson from Sellafield Ltd. Megan completed a Nuclear Operator Apprenticeship and currently works as a Nuclear Operator (Remotely Operated Vehicle Pilot). This award was supported by the Nuclear Industry Benevolent Fund.  The runner-up in the Intermediate Apprentice of the Year category was Ellie Rosewell from Magnox Ltd.

The Graduate of the Year was James Dewar from the National Nuclear Laboratory. James completed an Applied Chemistry degree and currently works as an Experimental Rig Operator. This award was supported by Capgemini.  The runners-up in the Graduate of the Year category were Luke Crampton from Sellafield Ltd and Joe Pattison from BAE Systems Submarines.

The award for Innovation in People & Skills Development/ED&I Inspirational Role Model Award was taken by Sandra Scambler from Westinghouse Springfields.  Sandra leads the sites ED&I team as part of ‘Team Springfields people strategy’.   The runners-up in this category were Emin Veron from the National Nuclear Laboratory and Andrew Crabtree from Get Into Nuclear.

The evening then moved on to the Company Award for Best Employer & Provider Partnership.  The winners of this award were William Hare Ltd and Alliance Learning for their work on apprenticeships. This award was supported by the Nuclear Institute.  The runners-up in this category were Sellafield Ltd and Gen2.

There was also a surprise award for one of the attendees of the evening.  The President’s Award, presented by NSAN’s Honorary President Dr Dame Sue Ion, is given in special recognition of an individual’s exceptional commitment to the nuclear industry.

David Boath, Vice President and Chief Engineer of Jacobs was announced as the recipient of the award for his passion for quality, technical excellence, and his unwavering commitment to the long-term sustainability of the industry throughout his 40+year career.

“Now in their 14th Year, these fantastic Nuclear Skills Awards are once again shining a light on the UK nuclear sector’s talent. I am so delighted to congratulate both the winners and the finalists.  These Awards continue to show the commitment the nuclear industry has to investing in workforce skills and developing people. All the nominees and winners are a real credit to the sector, and we wish them continued success in their careers and in acting as such fantastic role models to others in the sector.”

“The NDA is proud to support the UK Nuclear Skills Awards, an event which celebrates the huge talent we have across the industry, and I would like to congratulate all the finalists and winners.

We are committed to the investment and development of our existing workforce and the workforce of the future, enabling the successful delivery of our mission.  The new awards, the recognition of the partnership working between employers and providers, and the sector’s ongoing commitment to D&I is inspiring. Tonight really has reinforced the message that there has never been a better time to work in nuclear!”

“The UK Nuclear Skills Awards highlight the exceptional quality of people of all levels, who are committed to careers in the nuclear sector.   The evening also shines a light on the vital work done by companies and training and education professionals working in and with the nuclear industry across the UK.

I would like to personally congratulate all the winners and finalists; they are all inspirational examples of the talent that exists in our sector.  I wish them all the very best for the future.”

Photos from the evening can be viewed here 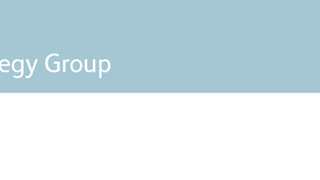 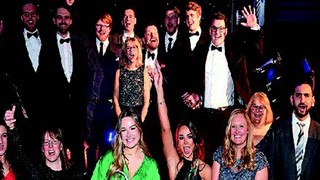 NSSG Transition meeting and workshop at the Kimpton Clocktower Hotel 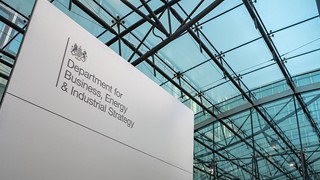 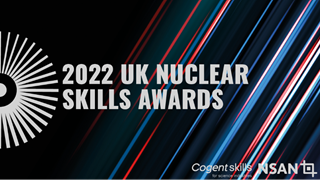